Well, it was! Oh, how I am already missing that fun December that we had. It was jam packed with play time, friends, potty training (fail), naps, play time, eating, just plain fun! With two little ones it was for sure busy. This post is full of pics from our fun month! 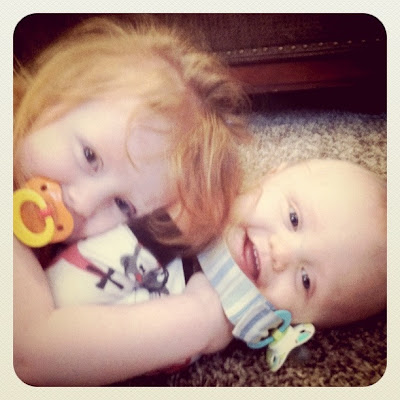 We have had mucho together time! (for those of you that do not know Spanish, that is a lot!) Brayden and Sophia are getting better at playing, it is not a lot of him just being pushed over and Sophia jumping on top of him (although, that is what the photograph looks like). These two are for sure the two best friends that anyone could ever have! 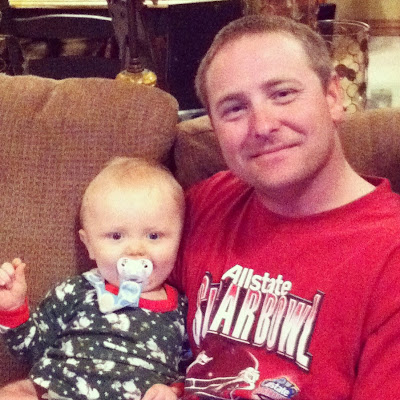 We hung out with our daddy and watched sports. Geez, are the winter months just major prime time for football? It seems like that is the only thing that is on the tube lately, someone playin the game or a person talking about the game.....yawn! Lil Man and his Big Man have enjoyed this time together! 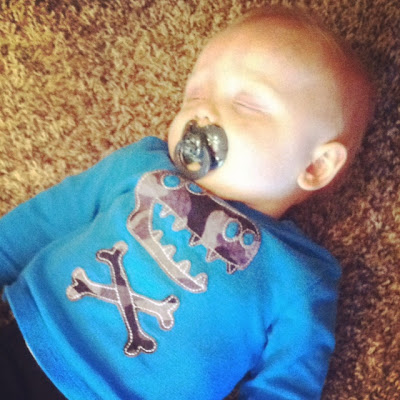 After all of that t.v. time and eating, sometimes we would just pass out on the floor and nap. Isn't this what everyone does. Totally normal. 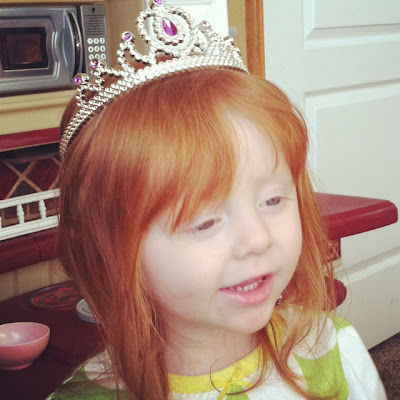 In this house, we play a lot of Pincess (or Princess). Then we nap again. We are definitely careful to not over exert ourselves!! Ha 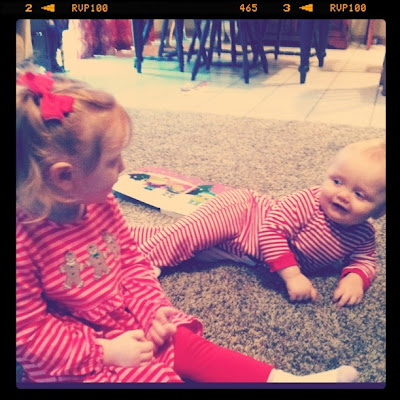 We talk about stuff. 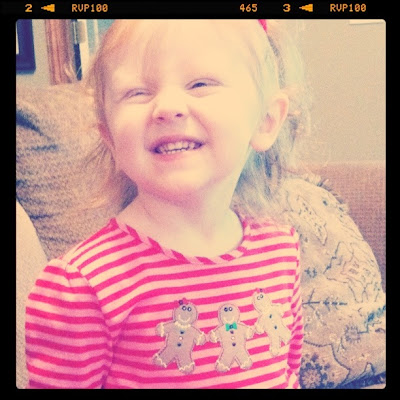 We smile!! Sophia is such a happy girl 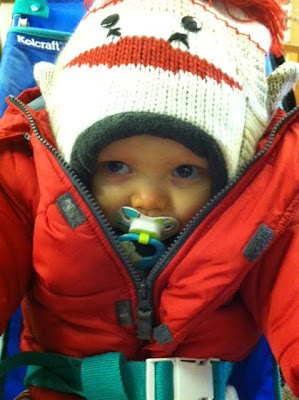 We did not get out that much, it was way too cold! 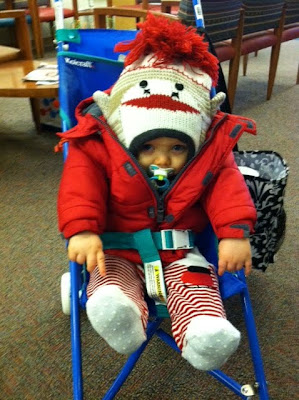 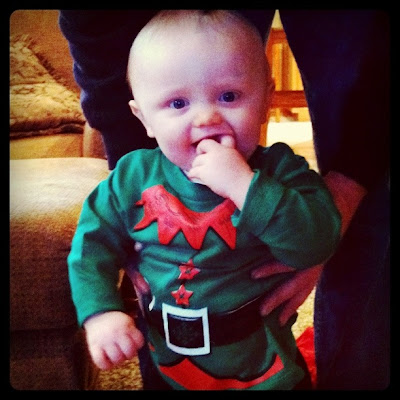 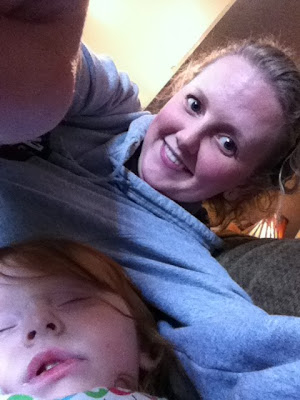 Then take that nap again! 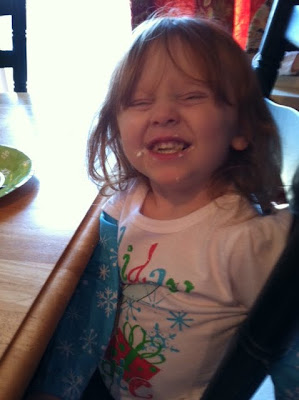 We munched on delicious treats..... 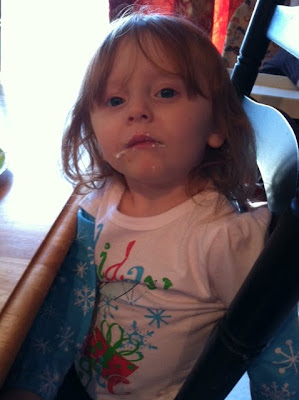 this was the face when I said, "no more treats!" 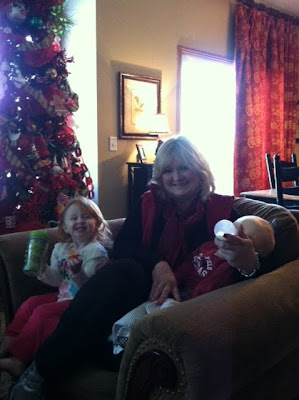 Honey would stop and visit with us! 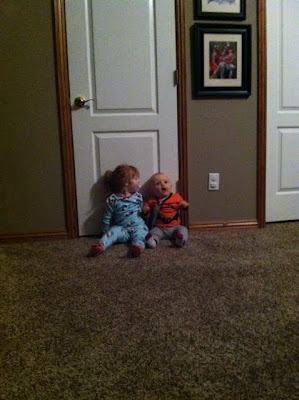 Sophia was put into time out for whackin her brother. She walked to the T.O. spot and sat down cryin' and a sqwalin' (if you have a toddler in t.o. you know the drill). Well, would just look and laugh, thinking this was a joke! Finally, he just went to t.o. with her. Too cute! 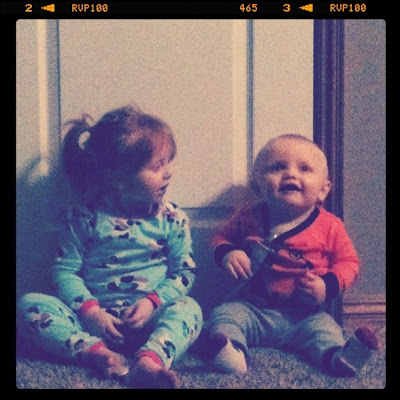 Seriously, the two best friends that anyone could ever have! 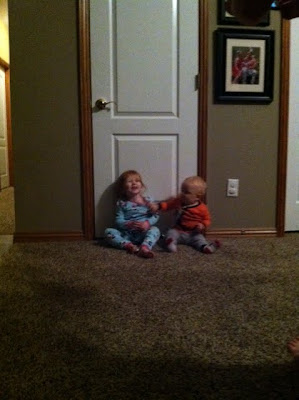 Ha!
We tried out the potty training thing. We were excited about that. 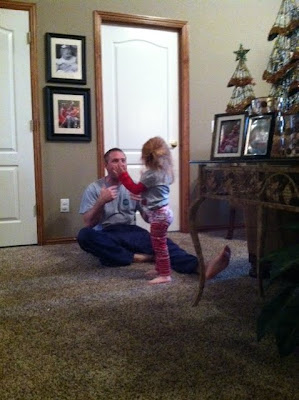 This is Sophia telling her daddy all about it, wearing her big girl panties on top of her clothes. It lasted a day yal! Total fail!! 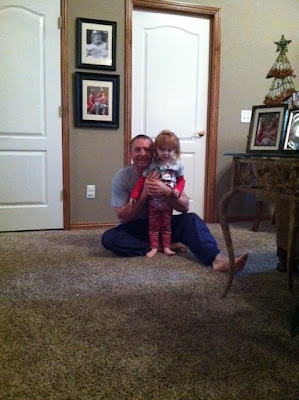 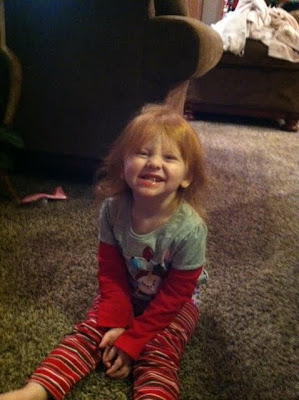 We will forever wear diapers:( 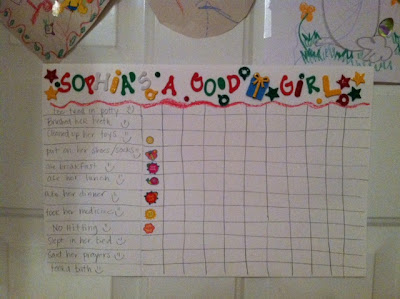 We have started a Good Girl Chart, which has helped with some behavior stuff. Girlfriend loves to get a sticker, and sometimes saying she will be rewarded with one helps to get things done (and I really like to make a chart, so whatever)!

How was your December? 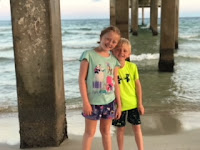